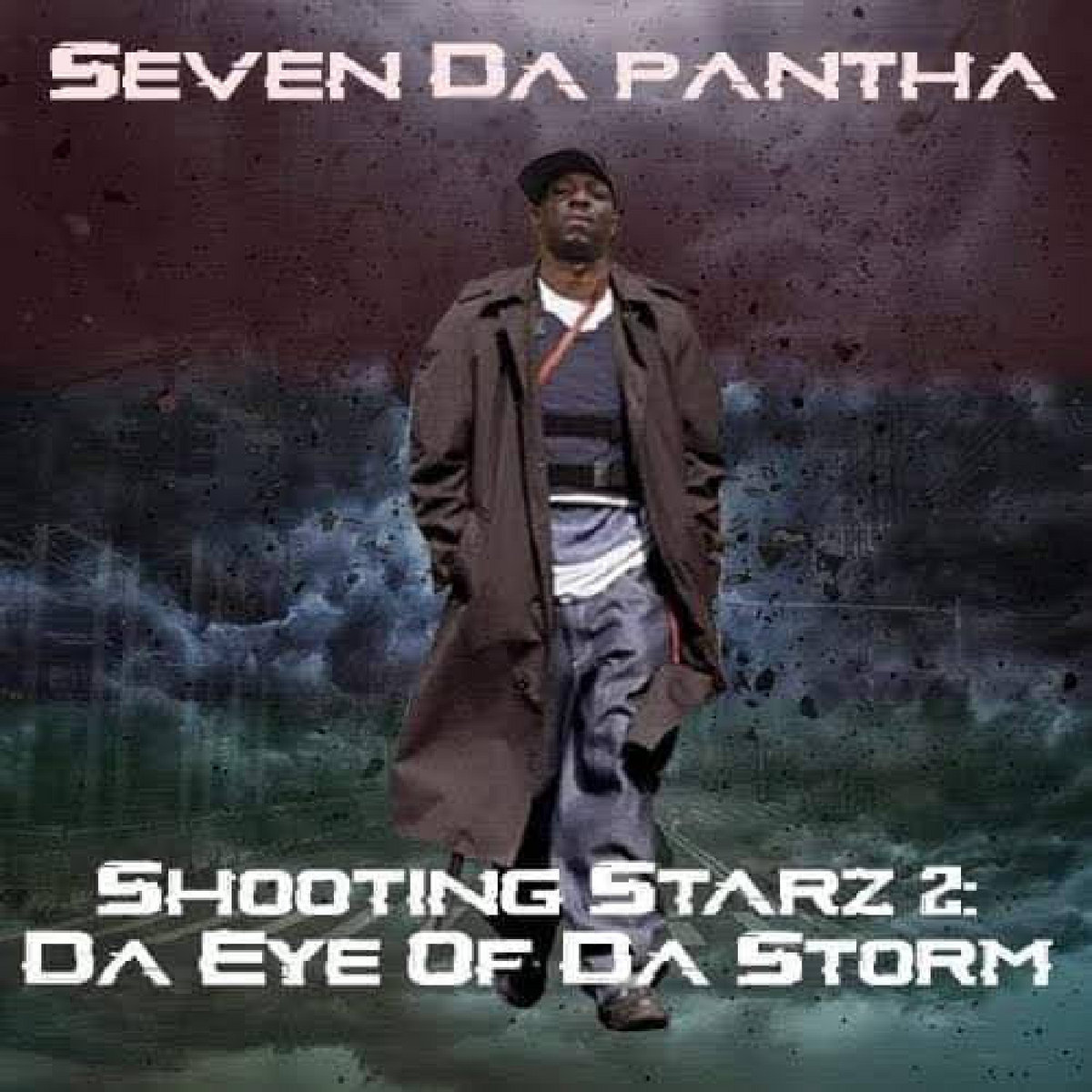 Back in 2014, a North Carolina MC named Seven Da Pantha released his debut album titled, “Shooting Starz”. Since then he has become a nationally known, underground MC with connections in North Carolina, New York, Baltimore, and thankfully for us Tacoma. Seven Da Pantha AKA Bunchy Carter has released 12 albums in his prolific, under the surface career. There are a lot of bubbling rappers from Tacoma and a lot of respected street artists but in the realm of classic, boom-bap rap Da Pantha reigns supreme in our area. He is consistent, relentless, and still barks into the mic like he has a hunger he cannot satisfy. Seven is well loved in Hip-Hop and activist circles because he not only talks the talk but he walks the walk; always involved in the community, providing security for protests, feeding and clothing the houseless neighbors, and regularly speaking truth to power.

11 albums after the original “Shooting Starz” Seven Da Pantha returns for unfinished business and in 2022 he released “Shooting Starz 2: Da Eye of Da Storm”. Adorning the album cover is Da Pantha dressed as his favorite TV character/assassin, Omar from “The Wire”. Behind him is a cloudy, foggy, red, black, and green color-way reminding listeners he is a fully self-evolved freedom master. Coming in at lucky number 13 songs, Shooting Starz 2 is available on all digital music sites. Let us get into it…

The album begins with an intro of Omar himself explaining how he has survived so long while robbing drug-dealers. The answer is “One day at a time.” It exemplifies how Seven is an intelligent, motivated, activist he is also from the grit, the gutter, he represents his people in poverty and expresses the frustration of vices and shifty city life that all boots on the ground can relate to. This vibe continues into the next track, “Black-Out”. It is an understated, murky, east coast hypnotic beat and Da Pantha pummels the mic throughout. Now just like that we are transported into the rainy, messy, stressful, Hip-Hop world of Bunchy. His voice has bass and baritone, fire, a slight chop, power, and perfect Hip-Hop timing. Carter does not rely on metaphors on this project. It is more of an onslaught, a boxing exhibition of jabs and body-shots punishing and injuring the beat. It is headphone music, put a grimace on, and ride the bus with yo nastiest scowl music. Every bar is a challenge, a blow to opponents. He ends the song “Laced Up” with a “murder I wrote” bar and indeed these songs are that.

4 tracks in we have a skit with another entertaining quote from Omar, the world’s most lovable killer. The next song is “Level Up” and the beat is more musical than the dark first part of the album. This song has a more melodic, harmonious quality with notes of high keys and organs. Seven Da Pantha has more of a musical flow as well. Da Pantha shows his range that can border on singing that still hits as hard as his raps. It shows us Da Pantha is a true veteran mic master who can accomplish any goal with his vocals. The energy throughout all his styles is the same though; same heat, same anger, same skill. No matter what pocket Bunchy shows us it will be one mastered in skill.

“Demonz 2” is another nicely produced track with some more keys and strings and Carter getting musical on the mic during the hook. This is a tuneful, introspective, melancholy, contemplative song that lets us into Seven’s psyche. He struggles to take down the system and give the People their rights but he also struggles with his own demons, as do we all. That is what makes Da Pantha dope is that his demons do not stop him from trying to break the shackles that cause these ills, the societal inequalities: racism, police-harassment, poverty, addiction, and depression.

“Window Pain” is another soulful song with Britney Nicole’s butter voice singing and Apostle A.P. Providing a guest verse. Apostle has less baritone and more youth in his voice. With Britney’s infectious, beautiful vocals all of it makes for a rewindable hypnotic experience. This

might be my favorite song because that chorus is just so stirring to hear. It is clear the first part of the album is harder and this middle part has a slightly more soul edge. Afterwards we have another Omar skit with the consistent music in the background that is hopeful and upbeat over Omar’s humorous yet ominous and looming conversation. It is a good ying-yang metaphor for Carter’s two sides: a revolutionary one one side, and the other a struggling street dude.

After this skit I believe we move into the final part of the album. Here we have “Barspitzvah” which is exactly what you would think it was – a no holds barred posse track with Czon, DeLuna, Cylis DeLuna, REM Steel, and Apostle A.P. all committing mic murder. There are no weak links in this chain. Only a diverse group of stylings all showcasing sharp barbs and brutal bars. The last skit appears and we have more boom-bap, vintage, golden era, blappers providing the soundtrack to have Bunchy finish the album doing Kung-Fu on microphones and showcasing his talent in his true B-Boy elements. Let me leave ya with one quotable,

“You lying to your team. All that tough talk is just pieces of a dream. Or closer to a nightmare. On God I want to scream. Still looking for the eye of the storm. One glimpse and I’m gone.”

The fact that Seven Da Pantha has been active in many local and regional Hip-Hop scenes from east coast to west coast makes for a very well-rounded, all bases covered style. You can hear New York, B-more, North Cackalacky, and Tac-town all in his music. SALUTE!